The message of *Seven Years of Insanity—the Beginning is written for the upper-teens-and-adults audience, targeting male readers as well. Although it appeals to the very large Christian audience and market, many in the secular environment are intrigued by themes contained in this book and research material regarding the mysterious/supernatural and “prophetic end-times.” This is even more relevant because of all that is happening on the world stage “from- to”: predictions and fulfillment of Biblical prophecies; terrorism, including that of the rise of ISIS; persecution and slaughter of Christians abroad; the increase of anti-Semitism; Russia’s active power grab; and turmoil in the Middle East, Africa and elsewhere. It also reaches out to other categories of readers, including those that: love animals and amazing exploits done by them, war- and rescue dogs such as the hero dogs—Martin and Luther; appreciate or are a part of our brave military; have political ambitions, or, are interested in not- or in combining governmental and religious entities; care about Jewish culture and/or Christian-Judeo values. Biblical action is taken from the book of Daniel—via­ the protagonist’s recurring dreams—and emphasizes the title. The supernatural and material regarding asteroids and the like are relevant and believable. Dialogue and debate pertaining to sacred scripture and ideology held by several faiths (in particular: Protestants, Catholics, and Jews) occur. Written from a mental perspective—although a thriller—the themes seek to inspire those that are hurting, disillusioned, or discouraged that they too can receive emotional healing just as the once spiritually cold Alexander does and that “with God all things are possible.”

Glena has redesigned this book cover, available soon, and has poems (She earned “Golden Poet Laureate” with “Whispering Wind.), a few cards, and art prints available through this website and elsewhere. The message of Seven Years… is so important that she dropped the revising of her true-life inspirational novel, Beyond the Rough Side of the Mountain: an Against All Odds Book Based on True Stories of the Appalachians (current name).  It is inspirational, historical, and cinematic and, hopefully will be completed soon. It currently covers from the 1920s to her time in the early fifties, but hopefully, it can continue as is or become sequel(s) or series. Mark and she plan other books, along with her sister, Joan’s (Children’s book writer and artist), current works. The Kings’ bios are elsewhere on this website.

Yet, it remains our mission to care about people and share whatever we’re blessed with so that we might make a difference, to better the quality of others’ lives.

Summary:  In this biblically-prophetic, 246-page thriller, Seven Years of Insanity—the Beginning: Following traumatic loss an aloof Alexander—along with his rescue dogs, Martin and Luther—is called from civilian counseling to his former military career to head a rescue mission where terrorist bombings have decimated three houses of worship in Palm Beach, Florida. After his team and he find one survivor, their journey brings them into friendship with the Jewish youth’s father. Recurring dreams regarding the biblical character, Daniel, and an insane king, along with a larger-than-life chaplain, trouble Alexander. Later, Alexander—by Divine Providence—and his hero dogs uncover the resurgence of an old enemy to the Catholic Church. This murderous, rogue order of Jesuits—led by foreign and American citizens under the allusive Agent Smith—is determined to incorporate a Fifth Column with its radical agenda of combining political and religious power. Believing they are doing God’s service, they remove anyone in their path. Other life-changing encounters END Alexander’s aloofness and BEGIN his healing. 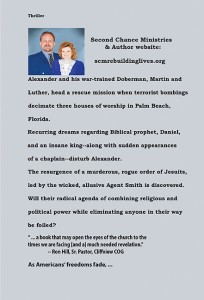 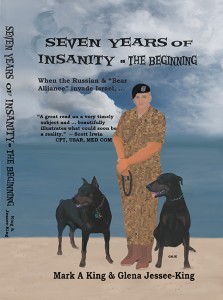 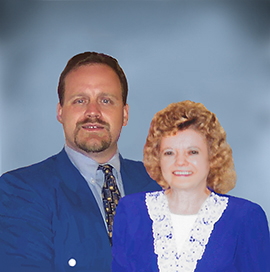